By:  JC Moreau, Founder/Director of Sports Performance, Strength U 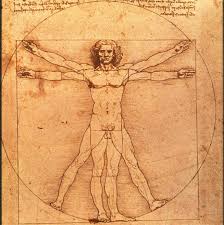 The idea of structural balance, as I first heard of it, was used by internationally renowned strength coach Charles Poliquin (Charles also happens to be from my hometown of Ottawa, ON Canada).  Coach Poliquin’s theory was that in order for maximal athletic performance to be achieved, and to minimize the risk of injury, specific ratios of strength during the development of an athlete.  This holds true for all trainees whether they are athletes or not, but athletes are more commonly “tested” and progress is more regularly tracked (or it should be).  In this article we will discuss why this is critical in the safe and effective development of an athlete and various training methods to ensure this is accomplished.

The concept of identifying strength imbalance in the body is not a new one, but is one that has received a great deal more attention over the last 15 years for a variety of reasons.  First, it has become more widely understood how and why asymmetry can lead to injury and/or decrease performance.  Second, physical therapists have developed a greater understanding of how these imbalances impact more than the antagonist group or the other side of the body.  We now have a more holistic understanding of how our bodies are connected from our toes to our head and that injury to one area can impact several other seemingly unrelated areas.  Finally the development of testing protocols such as the Functional Movement Screen have made it easier for personal trainers and novice strength and conditioning professionals to identify such issues. Now that we know that movement assessment is more common it is still important to develop programs that will work on developing structural balance, and over the years I have developed what I often call “Training the lowest common denominator”.

Training the lowest common denominator may not sound complementary, but it is not meant to.  While spending thousands of hours training athletes at 5 Division I schools from over 30 NCAA sanctioned sports I began to see some common patterns develop.  Being aware of the importance of Structural Balance in the overall development of young athletes I decided that regardless of screening or testing for imbalances I would work on correcting the most commonly occurring ones, those that most athletes displayed.  So I took the most commonly found combination of imbalances and assumed that all athletes needed work in these areas, after all it was not going to be detrimental to anyone to work on activating their glute medius, even if they were one of the few who could already properly do so, it would simply reinforce a strong firing pattern that already existed, hence the “Lowest Common Denominator”.  I should note that for those in a personal training setting where very specific programming can be done this may not be the absolute most efficient use of time, but when training several teams and dozens or hundreds of athletes daily this is a very effective method.  A classic example of structural imbalance is often seen in H.S. football players who have poor posture and rounded shoulders.  They likely spend far too much time training their chest and shoulders and not nearly as much focus is placed on their upper back.  As a result their bench press strength plateaus because the body recognizes the imbalance in the antagonist group (the upper back) and the brain sends a signal to shut down the prime movers, or agonists (chest and shoulders).  Interestingly even in athletes who have not over trained the pectorals there is often several signs of poor posture, most noticeably rounded shoulders.  This simply a societal issue caused largely by the amount of time we spend sitting, in school, at work, in front of the TV or computer, in the car and then the lack development to the musculature responsible for postural integrity during the childhood and adolescent years.  In light of this I focus more on developing lat, rhomboid and trapezius (especially the lower trapezius) strength in all athletes and we will do specific auxillary movements in warm up or during a workout to address the more difficult to target smaller muscles.  For example doing banded scap retractions or T raises from the prone position on a bench, with emphasis on “squeezing” the shoulder blades together will strengthen the rhomboids.  Although this “squeeze” should be part of most rowing exercises it is often overlooked, and when you compound this with the fact many trainees will have focused far more on chest development than back development it is easy to see how an imbalance can develop.

Other muscles we incorporate into our programming specifically to ensure “structural balance” are the vastus medialus oblique (VMO), scapular retractors, rotator cuff, shoulder girdle, hip ab/ad-ductors, the ilipsoas hip flexor complex, and finally the musculature of the forearm and hand that make up our grip strength.  In addition to these specific muscles another way that we accomplish structural balance is through the use of unilateral movements for the lower body, such as split squats and step ups, and dumbbells and grip strength work for the upper body.  Doing this ensures that there is not only the correct ratio of muscular strength between the agonist and antagonist muscles, but also between the right and left sides.

Interestingly (and unfortunately) what may be the single largest factor contributing to structural imbalance in many trained athletes is poor technique!  There are several reasons for this, but regardless of why, performing any movement using anything less than flawless technique, which implies maintaining postural integrity, can and will lead to structural imbalance.  This is extremely easy to see in athletes who are self-trained and far too often use weights they are not prepared to handle.  Over time the range of motion on their squat, lunge, shoulder press etc… may diminish by 5, 10 or even 20%!  This will obviously lead to imbalances and movement pattern issues down the road.  However, it is not limited to those without coaches, I believe that some of the best athletes in the nation are guilty of this because their coaches may allow certain “habits” to creep into an athlete’s workouts.

This notion is one that I became acutely aware of over the last several years as I took a closer look at what I was doing with my college athletes, as well as what many of my colleagues were doing.  I have always prescribed to the philosophy that rule number one for any sports performance coach is to NOT HARM THE ATHLETE.  That belief may be the result of working in an environment where coaches lose their jobs for matters far less severe than injuring an athlete, even if it was not intentional.  The fact is that in our position we have the potential to make the greatest impact on the short and long term health and performance of the athletes we train of anyone that they come into contact with.  Because of this every sound program should be developed with promotion of strength, health, wellness and performance and the prevention of injury and illness in mind. That could be another discussion altogether, but the point is that I believe that I was letting far too much technique slide, or had convinced myself that perfection was too demanding on someone who is in-season and “beat up”.  Although that may occasionally be the case it is usually not and even though I have prided myself on not being a “numbers” guy I still allowed imperfection for a variety of reasons.  At the same time I had raised the bar very high in regards to the effort my athletes gave, but there was a cost associated with that and it was the failure to recognize the difference between complete failure during a set versus technical failure.  I believe this is mistake coaches frequently make, as well as one that is far too common in facilities that are understaffed and have minimal coaching and supervision.

Technical failure is a term I have seen used by Charles Poliquin, Mike Boyle and Gray Cook that simply refers to the point during a set when repetitions can no longer be performed with flawless technique.  Muscular failure, the more traditional term used, describes the point during which the individual can no longer perform another repetition period.  The difference between the two is significant because it is not uncommon for a trainee to reach technical failure several reps before muscular failure, and this is especially true with individuals who are performing “metabolic”, “high intensity” or other workouts that demand large amounts of volume (sets and reps).  I could write a college textbook on why I believe that crossfit type workouts, even when properly supervised, pose a greater risk to the trainee than more traditional strength or performance training.  Most of the highly technical lifts, and in particular the Olympic lifts, such as the clean and jerk, snatch and variations of each are not meant to be performed for more than a handful of reps.  They should also be placed at the beginning of a training session before other muscle groups have been overly fatigued.  From a strength, technique and energy system standpoint it is almost implausible to expect anyone to perform a 20 or 30 power cleans or to do as many as possible in one minute.  This almost guarantees that the majority will be performed beyond technical failure, if their technique is even sufficient to begin with.  Because of the nature of these lifts it is not surprising that our brain (and then body) find other ways to move the weight from point A to point B once certain muscle groups have fatigued.

In conclusion, structural balance is the ideal platform from which to develop explosive strength and power in an athlete, however it usually is not completely present in most athletes.   In fact, quite often it never will be fully in place due to injuries that are simply part of life in most team sports.  Because of this it is imperative to have a thorough understanding of how to identify structural imbalance and correct it.  This may be a constant work in progress, but whether you are training serious athletes or a weekend warrior, focusing on creating muscular symmetry is an absolute must in order to maximize results and minimize the potential for injury.  After all those should always be our top priorities for the athletes we train.  By programming single leg and single arm movements, improving grip strength, developing and demanding perfect movement patterns, correct range of motion, posture and technique and including regular work for the “lowest common denominators” you will have an excellent base established to accomplish these goals. 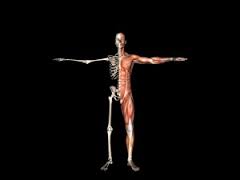 Please feel free to contact JC Moreau at jc@TheStrengthU.com with questions or to learn more.