Olympic Lifts: Do the ends justify the means? 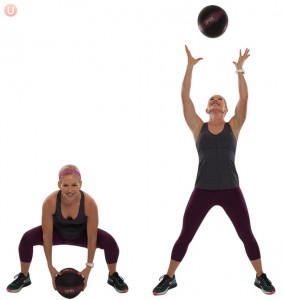 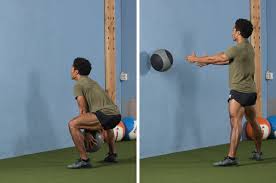 BY: JC Moreau, Founder/Director of Sports Performance, Strength U

Before I began consulting and training privately I would field phone calls from high school coaches, from all sports on a regular basis asking for assistance with workouts, or wanting to know what “we did”.  I have never been the type to keep my workouts sealed in a password protected folder on a computer that is locked in a desk in an office with a deadbolt…………you get the picture.  Everything I do is assembled using bits and pieces of information I have learned along the way, coaching I have received, advice I have asked for and perhaps a few tweaks I have made based the practical experiences I have had working with a few thousand student-athletes over the past 15 years.   So I shared what “we did” freely until it dawned on me that what I was doing was not generous and helpful, but lazy and irresponsible.  Perhaps that is harsh, but my point is that the work done in a major college weight room with a staff of 3-12 full-time strength coaches and another half dozen graduate assistants and interns is, and should be far different from what a high school basketball coach is able to put his or her team through.  What I am referring to specifically is the complexity of the movements incorporated into the workouts.  What I should have been doing is asking; Who will be coaching the workouts?  What type of facility do you have? What kind of equipment do you have? How big is it? How many work stations (if any) do you have?  How many athlete re in there at one time and with how many coaches?  How experienced is each coach at teaching x, y and z? etc….

High Schools and Colleges have come a very long way in regards to their funding of training spaces and the human resources allocated to these spaces, but both have grown and therefor no high school has a sports performance staff like that of a BCS college.  Some High Schools may resemble small Division I programs, but that is the exception and the norm is one (potentially Certified and that still does not mean qualified) strength coach for all sports in a tiny facility.  With that said, the workout I write with my 3 assistants for a 15 member basketball team is going to have infinitely more room for complexity, customization, variations of lifts, alternate lifts etc… for a variety of reasons.

The first of these, and by far the most important is safety!  Even at the major College level I believed in the KISS Theory (Keep It Simple Stupid) because rule #1 is always don’t get anyone hurt in the weight room.  If I can choose between two lifts to accomplish the same end, or even very close to the same end, and one is safer or has less room for error I will ALWAYS go with that choice.  For that reason alone I stopped performing power cleans with all of my student-athletes, in favor of the hang clean.  I can still see so many of my peers look at me in disbelief when I would tell them, but I felt that if the purpose of the power clean  was to simultaneously develop leg, hip and back strength with the first pull and explosive power with the second I could accomplish both more effectively, and decrease the risk of injury, by splitting them up.  If my goal with a lift was explosive power I could do a clean from a hang (just above the knee) and focus more on being explosive, without sacrificing the loads used during a power clean (most college athletes cannot do significantly more weight from the floor and some can do more from the hang).  So we were able to cut out a potentially dangerous movement (pulling from the floor), which also saves a huge amount of teaching time that can then be focused on the other segments of the lift.  When I wanted to develop Leg Strength, hip and back strength I could do any number of lifts, but squats, split or SL squats and RDLs  were my staples, and I could perform squats and RDLs with greater loads than used for doing power cleans thus eliciting a greater training response.  All lifts have an inherent risk associated with them, but it has been my experience that pulling weight off the floor (Deadlift or the bottom of a power clean or power snatch) has the highest potential for causing harm for a variety of reasons.  I am NOT saying I do not believe these are terrific lifts, but that unless you have a very experienced strength coach and a low athlete to coach ratio you can’t watch each athlete perform each rep so I’d rather do what I believe allows the athlete to focus more on the task at hand (In this case developing explosive power) by doing a movement that mimics a vertical jump and requires less technique (Although still very technical), like the hang clean or simply a clean pull (A hang clean without the catch).

So by now you may see where I am going with this. If I do not believe it is best for my athletes to perform power cleans, how do I recommend them, or any Olympic lift or other advanced technical movement to a coach with limited experience coaching them, and without the facility to safely and correctly teach and implement them?  I can not and there are more reasons than just safety.  The main one is efficiency, or time, spent in the weight room and considering what will be the most productive way to use that time with the coaching, athletes, space and equipment at hand.  The simple catch component of a hang clean is not so simple and takes some athletes years to truly feel comfortable with.  Ironically this is especially true for larger, stiffer athletes, typically football players, or long limbed athletes such as basketball players.  I have had football athletes that can not even hold the bar with two fingers in a “racked” position because the wrist and elbow flexion is so poor and basketball players who would need the bar to rest a few inches behind their neck, as opposed to comfortably in front of it, because their forearms are so long in proportion to their humerus.

I am rather embarrassed that it took me nearly a decade to realize that all the corrective and technique work I spent twenty minutes on each day we did those lifts could have been FAR better spent.  It was not a waste since being able to possess the range of motion required to effectively and safely catch a hang clean is important for any athlete, but what I was failing to remember, and I still see this error made frequently by strength and conditioning professionals, is that our goal in using the Olympic lifts with our athletes is usually to develop explosive power and more specifically acceleration.  Acceleration may be the single most important tangible physical attribute in 90% of sports, and Olympic lifts are a wonderful tool in improving this attribute in your athletes.  However, there are several other worthy methods of accomplishing this, as well as some much simpler Olympic movements that do not require the level of coaching and constant technique work that a clean does.  We use Olympic lifts as a means to an end, but often coach them as though they were the END.  This is often the case with the Bench Press, Squat and Deadlift as well, but that is another topic for another day.  Many coaches will disagree with me and to them I will simply ask how much time do they spend on power cleans as part of a 1 hour workout.  My guess is that if your team is technically sound , or even close to it, in the power or hang clean, you spend 5-15 additional minutes on that one movement because of additional technique work, complexes, drop cleans, huge numbers of warm up sets etc… that would not do if you did a clean pull for example.  Not to mention your athletes likely “feel” it in an unhealthy way the day after heavy sets because of the strain place on their back, elbows, wrists, knees etc… due to lack of perfect technique, and there is NEVER an excuse for athletes feeling pain unrelated to muscle soreness.

As I said I am a fan, a huge fan of Olympic lifts for athletes, I simply think it is an important consideration for a college or high school strength coach when writing a workout.  Will the means justify the ends or more appropriately are the there more efficient, effective and productive means to accomplish those same ends?  Just because the UNC women’s soccer team does a certain conditioning test doesn’t mean it is the best test for your team.  The same holds true for what the football team does at Alabama or the basketball team at Kentucky.   They are the best because they have the best players and athletes, who also have terrific coaches. You must always evaluate who you are working with and make that your first consideration when designing a workout. I have always taken a great deal of pride in working with as many high school coaches as possible over the years, and have certainly learned a great deal from many of them! I am extremely grateful for that, but the one thing I would have done differently is to find out more about their program, athletes and facilities and offer a program based on that information, as opposed to simply teaching or sharing what “we did” at the time.

-Jump training by itself for more novice athletes

-Behind the Neck Split Jerk

Obviously some of these are more technical than others and all involve some coaching, but in my experience athletes can get very proficient at performing these in minimal time.  Most of them do not allow for the weight of a Clean, but since these movements should be speed based be sure to emphasize explosive extension and flawless form!  Heavy RDLs, Trap Bar Deadlifts and Squats will have the same training effect in regards to hypertrophy and strength development.  You will likely see fewer nagging injuries and have more time to maximize the density of your session! Most coaches will agree that we are short on time already so make the most of each session and decrease the chance of a senseless injury, since any training injury on the strength coach’s watch is ultimately his/her fault and it should be our number one priority to minimize the chance of this happening!

Train hard, train smart, coach your tail off and demand perfection physically and mentally.  If your team is consistent in their efforts, follows a balanced, progressive strength program that incorporates a variety of explosive movements and prioritizes movement over weight, you will see improvement in the weight room, on the playing field and develop better and ideally healthier athletes.

Please contact jc@TheStrengthU.com with comments, questions or to learn more.